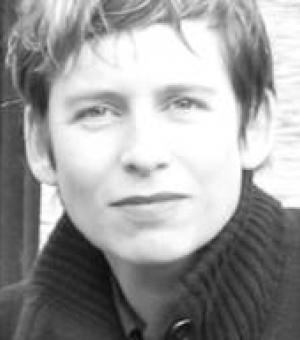 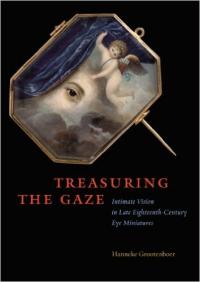 The end of the eighteenth century saw the start of a new craze in Europe: tiny portraits of single eyes that were exchanged by lovers or family members. Worn as brooches or pendants, these minuscule eyes served the same emotional need as more conventional mementos, such as lockets containing a coil of a loved one's hair. The fashion lasted only a few decades, and by the early 1800s eye miniatures had faded into oblivion. Unearthing these portraits in "Treasuring the Gaze", Hanneke Grootenboer proposes that the rage for eye miniatures - and their abrupt disappearance - reveals a knot in the unfolding of the history of vision. Drawing on Alois Riegl, Jean-Luc Nancy, Marcia Pointon, Melanie Klein, and others, Grootenboer unravels this knot, discovering previously unseen patterns of looking and strategies for showing. She shows that eye miniatures portray the subject's gaze rather than his or her eye, making the recipient of the keepsake an exclusive beholder who is perpetually watched. These treasured portraits always return the looks they receive and, as such, they create a reciprocal mode of viewing that Grootenboer calls intimate vision. Recounting stories about eye miniatures - including the role one played in the scandalous affair of Mrs. Fitzherbert and the Prince of Wales, a portrait of the mesmerizing eye of Lord Byron, and the loss and longing incorporated in crying eye miniatures - Grootenboer shows that intimate vision brings the gaze of another deep into the heart of private experience. With a host of fascinating imagery from this eccentric and mostly forgotten yet deeply private keepsake, "Treasuring the Gaze" provides new insights into the art of miniature painting and the genre of portraiture.

“Unflinchingly probing. . . . Grootenboer has produced a courageous book that deserves to be widely read for its penetrating analysis of what kinds of responses images elicit.”

“Treasuring the Gaze is a major contribution not just to a curious corner of art history but to a broad spectrum of visual theory. A thrilling blend of museum finds and conceptual findings, the argument that unfolds makes for one of the most steadily interesting works on visual practice and image culture I have read in many years. With an appealing modesty and a gathering magisterial force, Treasuring the Gaze achieves what it ventures:  the revisionary foundation for a psychoanalytical aesthetics.”

I work on early modern art, continental philosophy and critical theory, in particular with regard to 17th century Dutch painting and Northern European portraiture.  Other issues I am interested are art and philosophy —or rather art as philosophy (pensive images)—vision and the gaze, intimacy, the relation between photography and painting, and the meaning of light in painting.   Due to my involvement in art schools (I taught at the Jan van Eyck Academie in the Netherlands and served as the Head of the Ruskin School of Art 2014-16), I am deeply invested in viewing early modern art through the lens of contemporary art practice and theory.  I have written The Rhetoric of Perspective: Realism and Illusionism in Seventeenth-Century Dutch Still Life Painting (University of Chicago Press 2005), for which I received a CAA Milliard Meiss Grant, and Treasuring the Gaze: Intimate Vision in Eighteenth-Century British Eye Miniatures (University of Chicago Press, 2012), for which I was awarded a Paul Mellon author and publisher grant and the Kenshur Prize for best work in 18th century studies.

Exploring the overlapping fields of art history, critical theory and philosophy, my current project is called The Pensive Image and deals with early modern and contemporary painting as a form of thinking. I have received a Leverhulme and a Clark fellowship for this project and am currently finalizing my book as a fellow of the Netherlandish Institute for Advanced Studies in Amsterdam. Before joining the History of Art Department, I was an Andrew Mellon Fellow at Columbia University in New York, and I taught at Tulane University in New Orleans, the Jan van Eyck Academy and the University of Amsterdam. My articles have been published, among other venues, in The Art Bulletin, The Oxford Art Journal, and Art History.