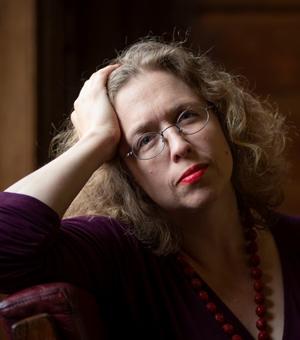 More recently, my work has focused on international Jewish history and transnational humanitarian activism. I won the Sami Rohr Choice Award 2012 for my biography of Sir Moses Montefiore (1784-1885), the preeminent Jewish figure of the 19th century. Moses Montefiore: Jewish Liberator, Imperial Hero (2010) was also named a New Republic Best Book of 2010, and a TLS Book of the Year 2010. My work on Montefiore generated my broader interest in religious internationalism, and together with Vincent Viaene I edited Religious Internationals in the Modern World (2012), which examines this phenomenon comparatively across different religious traditions. Thanks to Jaclyn Granick I am now rethinking some of my work on Jewish internationalism from a gender perspective through a special issue of the Journal of Modern Jewish Studies (2021).

I have been awarded a 3 year Senior Research Fellowship by the Leverhulme Trust to work on my new project, a book on liberalism and the Jews tentatively entitled Children of 1848: Liberalism and the Jews from the Revolutions to Human Rights. This project deals centrally with the revolutions of 1848 and their legacy across generations, which I trace through revolutionary families. My research in this area has prompted a number of collaborative initiatives, most recently: Jews, Liberalism, Antisemitism: A Global History (2020), which I edited with Simon Levis Sullam.

Working in partnership with colleagues at the National Trust, the AEPJ, Strawberry Hill House and Waddesdon Manor (many of which were sites of Jewish liberal sociability, politics and activism), I am also leading a major 4 year AHRC-funded project on Jewish country houses which has both academic and more heritage-oriented dimensions.

The emancipatory promise of liberalism – and its exclusionary qualities – shaped the fate of Jews in many parts of the world during the age of empire. Yet historians have mostly understood the relationship between Jews, liberalism and antisemitism as a European story, defined by the collapse of liberalism and the Holocaust. This volume challenges that perspective by taking a global approach.

Tracing the emergence of 'Religious Internationals' as a distinctive new phenomenon in world history, this book transforms our understanding of the role of religion in our modern world. Through in-depth studies comparing the experiences of Buddhists, Christians, Hindus, Jews and Muslims, leading experts shed new light on 'global civil society'.

Humanitarian, philanthropist, and campaigner for Jewish emancipation on a grand scale, Sir Moses Montefiore (1784–1885) was the preeminent Jewish figure of the nineteenth century—and one of the first truly global celebrities. His story, told here in full for the first time, is a remarkable and illuminating tale of diplomacy and adventure. Abigail Green’s sweeping biography follows Montefiore through the realms of court and ghetto, tsar and sultan, synagogue and stock exchange.

Fatherlands is an original study of the nature of identity in nineteenth-century Germany, which has crucial implications for the understanding of nationalism, German unification and the German nation state in the modern era. The book approaches these questions from a new and important angle, that of the non-national territorial state. It explores the nature and impact of state-building in non-Prussian Germany.

I would be willing to hear from potential DPhil students regarding: European history in the long 19th century, modern Jewish history.