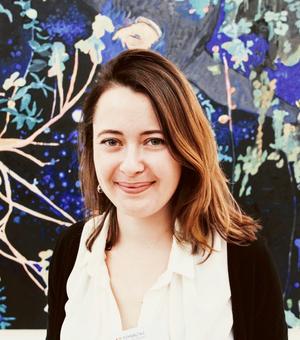 I hold a BA in History with a concentration in geography, and a double MA  in History and English from the University Paris IV - Sorbonne, in France. I started my doctoral studies at the Centre for Global and Imperial History of the University of Oxford in October 2016.

My working title is: The stranger within: The role of imagined communities in settler contexts - American New Orleans and Russian Odessa, 1803-1861.

My research project partakes in the wider history of settler colonialism, imperial competition and emulation across the Northern hemisphere in the long nineteenth century, by setting New Orleans and Odessa in the context of the wider historiography on booming settler cities. The function of these two cities as major ports cannot alone explain their respective explosive demographic growth. In order to understand the early urban development of Odessa and New Orleans, they must be also considered as settler projects, located on new agrarian frontiers. Yet, despite their rapid economic importance and success, they were both enduringly considered as alien, or inauthentically American or Russian. Settlement, therefore, became in some measure a cultural project.

In October 2018, I founded Uncomfortable Oxford - a public engagement project that aims at increasing public awareness and prompting conversations about some 'uncomfortable' aspects of Oxford's past. The project runs walking tours, public lectures, and other events that address legacies of imperialism, colonialism, and inequality in the city and the university.

The project was 'Highly commanded' for the Vice-Chancellor's Social Impact award (2019).

I am currently working as a project assistant for Oxford and Empire, an initiative lead by Dr. Erica Charters and combining two specific components. The first one, 'Objects of Empire', is a digitization project that will enable digital engagement and close-up analysis, to illustrate the pathways objects followed from the colonies to Oxford. The second one, focusing on public engagement, revolves around the publication of short articles about the research lead by students and academics on a variety of topics linking Oxford to the British Empire, as well as the organization of a series of workshops, public speaking opportunities and events.

I am a founding member the interdisciplinary TORCH network Colonial Ports and Global History (CPAGH). CPAGH fosters collaborative thinking about colonial ports and global history, creates an exciting and diverse hub of related expertise, and brings together scholars and practitioners across a range of career stages and cultural backgrounds.

Haiti and Louisiana: The Problem of Revolution in the Age of Slavery (Trinity 2018 and 2019)

After undertaking my PLTO on this course in 2018, I have had the opportunity to co-lead the weekly classes in Trinity 2019, as well as to teach the weekly tutorials to a group. This paper is part of the Preliminary Examinations, and is based on the study of selected primary texts and documents.

I am co-conveners of the only graduate-led seminar at the University of Oxford that focuses on themes of global history. TGHS  is active throughout the academic year, hosting an exciting and varied list of speakers, including both established and early career researchers.

Paper: "Internal Colonization and the Moveable Frontier: How Louisiana and Novorossia inform our understanding of U.S. and Russian Continental Expansion in the early 19th century."

University of Virginia, US: Race and Division of Labour in Global Western Empires (March 2018)

Paper: "Slavery, Serfdom and Continental Empires: the cases of Louisiana and Novorossia."