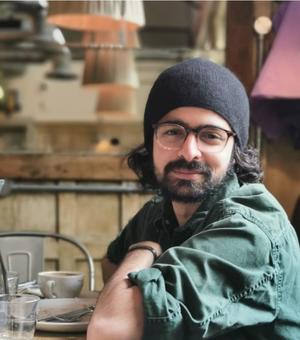 I study the intellectual justification for American imperialism in the late nineteenth century. Often thought as quintessentially anti-imperial, the United States, in this period, acquired a vast swathe of colonies and overseas territories including the Philippines, Hawaii, Puerto Rico, and Guam, as well as a collection of naval bases across the Pacific. This imperial project is often dismissed as either exceptionally benevolent or as an aberration in an otherwise anti-imperialist foreign policy; however, it was conducted within the same intellectual climate (as well as with the same levels of brutality) as other European empires.

I seek to place the concept of a racially defined world peace at the heart of the American empire project. Rather than being a rejection of all forms of violence, world peace in this period signified peaceful conduct among white nations and precluded non-white peoples who were deemed to be barbaric and inherently warlike. This was a vital justification for the pervasive concept of an imperial civilising mission and for the erection of systems of segregation both in America and around the world. World peace was thus a fundamental plank of the theories of international relations which emerged in an effort to preserve and promote causes of white identity. The contention of my research is that a racialised world peace was the main gateway which allowed America to adapt its pre-existing foreign policy traditions (of the Monroe Doctrine, non-entanglement and Manifest Destiny) towards engaging in imperial comparison, competition and cooperation as it emerged as a global power in the Age of Empire.

This research speaks to the historical origins of concepts such as ‘The Special Relationship’ and ‘Pax Americana’, as well as furthering our understanding of the development of a transnational colour line and a global politics of racial exclusion.