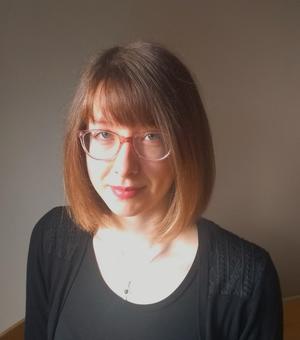 I am interested in the religious experience of the inhabitants of the early medieval British Isles and particularly in reconstructing physical experiences to understand more about the development of holy spaces and holy places through the period. The complex networks of cultural connection between the Anglo-Saxon kingdoms, Wales, Ireland and Pictland present a rich diversity of holy places and a range of roles for relics, liturgy and lay devotion in shaping landscapes of sanctity. The cult of the saints was central to the religious life of communities and individuals, both lay and clerical, rich and poor. Understanding physical experiences of shrines and holy places is central to investigating the activities and objects that sancitified them. In under to understand how these various developments coexisted, attention must be paid to the types of funerary monument that existed in the British Isles during the conversion period as well as to the material culture of relic cults that was imported from the continent. Scholarship has treated ‘final phase’ burials and the cult of the saints separately, creating a rupture in the treatment of the dead in the seventh century. My approach is to bring together a variety of evidence of funerary practice, commemoration and veneration to illuminate the
continuities and changes. By investigating how the special dead were treated before and during conversion we can come closer to understanding how and why people were enshrined in the early medieval churches of the British Isles. Special burials and the practises of commemoration and veneration that went with them are evidence of the role, in life and in death, of powerful people. The physical components of enshrinement do not just represent imported practises but a range of creative responses to social and religious change that incorporated and adapted existing traditions.

I will address the following questions:

- What can stone sculpture reveal about early medieval experiences of saintly shrines?

- What can be learnt about shrines by considering them within the context of other special burials?

- What does the variety of kinds of shrines and change over time reveal about cultural interaction between different regions of Britain and Ireland in this period?

I previously studied for an MSt in Medieval History at Somerville College and an undergraduate degree in History at Brasenose College.