My research explores the life and the political thought of the toulousain magistrate and political polemicist Pierre de Belloy. After teaching at the University of Toulouse and holding office in the city, Belloy became one of the most important defenders of Henri of Navarre's right to the French throne during the succession crisis of the 1580s. After four years' of imprisonment at the behest of the League, Belloy eventually returned to Toulouse as avocat-general to the Parlement, an office which he held until his death.

While Belloy has been seen as a herald of Bourbon 'absolutism', historians have rarely considered him except in passing. By considering both Belloy's political thought and its contemporary reception, my DPhil will suggest that Belloy was a more important figure in the later French Wars of Religion than has been hitherto acknowledged. It will also use notarial and other sources to reconstruct Belloy's life in late-sixteenth century Toulouse to shed light on toulousain urban life between the 1570s and the 1600s.

I am also interested in the political thought of royal succession more generally; my first article, published the Historical Journal, discusses Robert Persons's Conference and the early responses to it; my second article explores the debate over the Salic Law in France during the 1580s, and its conneciton to the Conference. My broader research interests lie in European intellectual history from the later middle ages to the early modern periods. For more information, please visit my Wordpress page. 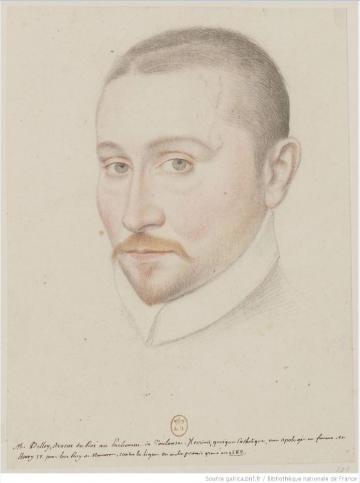