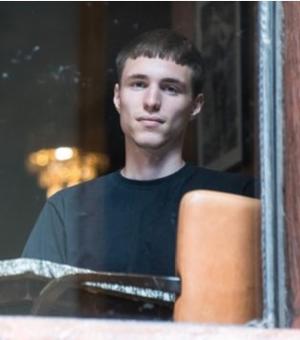 'This delight in the power of the mind was made up of expectation, was a war-like game, a kind of undefined, masterful claim on the future.' - Robert Musil, The Man Without Qualities, 1930

'Our home is paradise
Oh thanks to science, thanks
Comfort is paradise
At a push of a button in our hands' - a 1985 Czechoslovak pop song

My doctoral project deals with the emergence of late capitalist subjectivity after the end of state socialism, rooted in the civilization defined temporally by and against technology and nature. Whereas technocracy has been lately a hot topic for historians of East-Central Europe who have been attempting to answer questions about continuities over 1989 and to assess the experts’ role in establishing neoliberal order in postsocialist countries, I am shifting the focus, using the concepts of 'technocultures' or 'sociotechnical imaginaries'. I inquire into the ways time, as shaped by the belief in technology and its place in society, helped in construing 'civilized', 'technological' subjects under late socialism and neoliberalism, paying attention to both persistence and change in values and feelings. From dreamworlds of the 1970s speculative fiction, to Darwinian nature as a metaphor for the markets, to postsocialist acceleration of work and economic conquest of the world by global businessmen with Nokias in their hands, it is an intervention into the history of time and technocracy, sociology of late modernity, anthropology of (neoliberal) self and critical theory of nature/culture-economy-technology. While using Czechoslovakia as a case study, I am accounting for the East-Central European context as well as Western and transnational origins of the symbolic universe the prevailed in the postsocialist 1990s.

I am funded by Arts and Humanities Research Council UK and a holder of David Richards Scholarship at Wadham College.

My areas of interest include

My previous research was on the ideology of time and speed in the Czechoslovak post-1989 voucher privatization, which mainly concerned the ideas of a bright capitalist future ('We Are Buying the Future': Neoliberalism, Historicity and the Case of Voucher Privatization in Czechoslovakia, MSt, Modern European History, Oxford) and on the significance of the Czech-Canadian Batas family in cultural memory, which mainly comprised the ideas of a great capitalist past (The Return of Bata Lost: Postsocialist Transformation of Czech Cultural Memory, BA, History and English, Charles University in Prague).