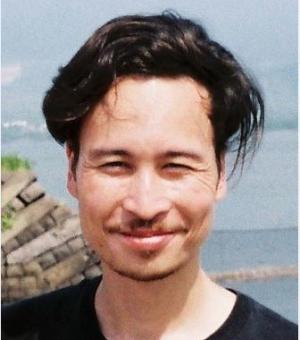 I am currently conducting research on transnational networks of Japanese pearl-shell divers and their supporters who, shortly after the opening of Japan in the nineteenth century, started fishing along the coasts of the Australian continent, in the Dutch East Indies, and German (and later, British) New Guinea - an area that might better be termed the 'Arafura Zone'. The project focuses on the everyday lives of ordinary people whose experience of time and space are insufficiently explained by the global expansion of industrial civilization. It thereby challenges the idea that 'prewar Japanese migration' into the 'South Seas' was solely tied to the Japanese empire's plans for southward expansion (nanshin) or Japanese settler colonialism.

My master's dissertation, which was awarded the Ivan Morris Memorial Prize from the British Association for Japanese Studies, brought to light new materials on an influential but neglected Buddhist intellectual from the depths of the colonial archives of the Dutch East Indies - forming a starting point to see Japanese non-state actors in prewar Southeast Asia beyond the more familiar historical narratives emphasizing state, empire, or capitalism.

Altogether, my studies straddle across a vast geographical area including Japan and the Indo-Pacific, as well as various categories of history writing. Among them I include the cultural, environmental, intellectual, diasporic, and, perhaps most notably, transnational history of modern Japan.