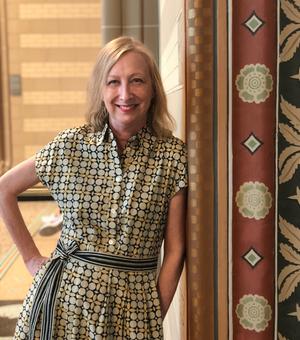 ‘The early railway hotels are the most interesting hotels of the early [eighteen] forties in England’.

Britain led the world in railway technology and pioneered the development of revolutionary new railway buildings. Yet, whilst a vast amount has been written about railways, including a good deal about architecture and stations, there is a significant gap when it comes to hotels.

My research focuses on the time frame 1839-1854; the start date marks the opening of the world’s first railway-owned hotel at London Euston, while the end date denotes the launch of London’s next railway hotel, the Great Western at Paddington, regarded as the prototype for ‘the modern gigantic hotel’. Nevertheless, during this 15-year period, 30 principal railway hotels were sited in provincial towns and cities, with many of these at the fore of innovation and design. The rapidity of change during this period demonstrates how architecture was striving to keep pace with the progress of the railways.

This research seeks to brings fresh understanding to the emergence of this new form of building which would become a dominant feature of Victorian Britain’s major towns and cities and emblem of the new railway age.

This project is endorsed by the National Railway Museum, York.