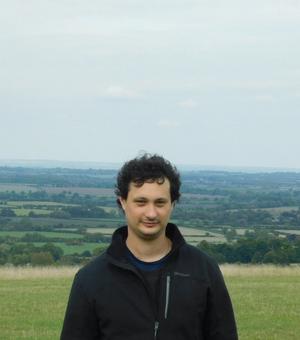 I’m a political historian specialising in Latin America in the long nineteenth century. Before coming to Oxford for my MA, I was a teaching assistant at the University of Buenos Aires, in Argentina, and a research assistant at the Faculty of Humanities in Coimbra, Portugal.

I’m currently a doctoral candidate in History and my project examines the development of a political press in South America in the wake of independence from the Spanish and Portuguese empires in the early nineteenth century. I compare the cases of Rio de Janeiro, Buenos Aires and Montevideo, tracing the transformations in the freedom of the press, reconstructing the activities of the periodical press, and analysing the ways in which public opinion shaped the social changes brought about by independence. I place the experience of South America within the framework of the Atlantic Age of Revolutions, demonstrating how the periodical press became a vehicle for the interplay between global events and local political innovation.

In addition to my main research, I have a strong interest in global history: I contributed a chapter to the forthcoming volume of the AHRC-funded research project ‘The Hispanic-Anglosphere’ - https://hispanic-anglosphere.com/ - and co-convene the project ‘Political Economy and Culture in Global History’ - https://politicaleconomyculture.wordpress.com/.

My research is funded by the 'Norman Hargreaves-Mawdsley Scholarship' (UK AHRC and Wolfson College, Oxford). I’m also a member of the organising committee of the Latin American Centre’s Graduate Network - https://www.lac.ox.ac.uk/lac-dphil-network.

I would be happy to discuss shared interests with other researchers. I can be contacted by email: juan.nevessarriegui@wolfson.ox.ac.uk