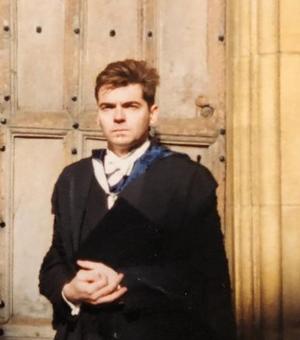 The palaeography of the pre-Conquest Welsh MSS and the western British epigraphic tradition.

Palaeographers of the 'German tradition' saw the different scripts and hands of the pre-Conquest Welsh MSS as resistant to categorisation. Lowe famously referred to them as a 'Protean variety'. For that reason they have been dismissed as curiosities unworthy of serious attention, with only one or two notable recent exceptions such as the work of Dr Helen McKee on Cambridge, University Library, MS. Ff.4.42.

My research involves a theoretical approach based on the work of Luigi Schiaparelli, Jean Mallon and Giorgio Cencetti who interpret the post-Roman 'national hands' as the symptoms of the application of a sliding scale of calligraphic decorum  to a fundamental 'scrittura usuale' or 'ecriture nouvelle' derived from New Roman Cursive. In the British context, this theoretical approach is validated by comparison of the pre-Conquest Welsh book-hands with scripts that appear in other written artefacts from western Britain, in particular the later fourth-century assemblage of tabellae defixionum from the Severn-Cotswolds region and the rich series of early Christian inscriptions stretching from the fifth century to the eleventh. The palaeographical comparison shows distinct 'tendencies' or schrifttendenzen originating in the late Romano-British hands and perpetuating themselves in the 'square', 'round', 'flat-topped' and 'pointed' aspects of later book-hands. An aesthetically-based typology allows links to be postulated between book-hands (or series of book-hands) and groups of early Christian inscriptions. Given that the inscriptions are geographically locatable, credible palaeographical correlations may allow regional tendencies to be discerned in the development of scripts.