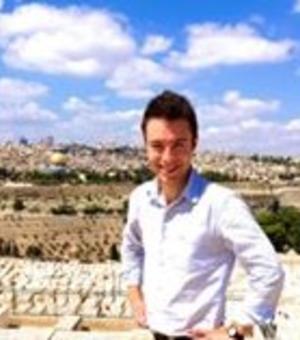 Late Antiquity, the Birth of Islamic Civilisation and the End of the Ancient World

My work combines an intense study of the Islamic accounts of the faith's origins with a broader, global perspective on what the rise of Islam did so much to achieve: the consummation and ultimately the end of the ancient world.

I focus on understanding the rise of a powerful state in Yathrib (Medina) in an Arabian context alongside investigating the world of contested faith that the Prophet Muhammad and his followers inhabited.  I however reject what can often seem to be the parochial boundaries of the Islamic historical tradition by recognising the vital importance of the wider, late antique context of the origins of Islamic civilisation.  Arabia had been transformed through contact, conflict, and cross-pollination with the great empires of Persia and Rome, which found themselves locked in a century of war before the birth of the Prophet.

It was fundamentally these outside influences that brought Arabia and Arabians to the centre of world history in the seventh century, and that made Islam possible.  It was, ironically, the success of the community founded by Muhammad that united the world of late antiquity into a new universal empire whose dominance of the Fertile Crescent and expansionist objectives relegated Arabia to the margins of great events once more.