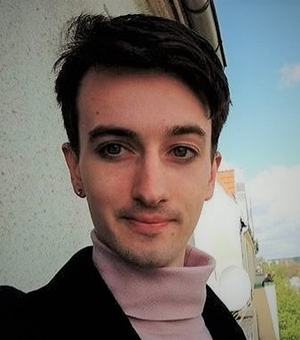 My doctoral research investigates 'barbarians' in medieval Latin texts. It understands them not as flawed description of real people and societies, but as a set of discourses that were deployed by medieval writers for highly specific purposes, through the precise interplay of calls for reform, local contexts, and deep textual traditions. For example, the author of a hagiography might use 'barbarians' to help construct the sanctity of a missionary, whereas a monastic chronicle might include them to help shape a narrative of the monastery's history. I have worked in detail on sources that label the inhabitants of Pomerania, Ireland and Wales as 'barbarians'.

I am interested in how the 'barbarian' related to other intersecting hierarchies, including gender as well as political hierarchies, and in how they were used to call for ecclesiastical and social reform. Moreover, barbarians were often compared to 'beasts' and deprived of textual agency in comparable ways and I am currently trying to think through how this might contribute to an environmental history of the middle ages. More generally, I am interested in approaches which question the dominance of narratives of state formation in medieval history and in thinking more precisely about the governability of medieval societies.

I recently helped organise an interdisciplinary conference that attempted to re-centre trees as active, cognisant, and intentional beings.

I help run discussion groups for environmental history and the governability of medieval societies. Please get in touch if you would like to be added to either mailing list or would like further information.

I would be more than happy to answer questions from anyone considering applying for the DPhil course - I found it really helpful to chat to current students when applying.