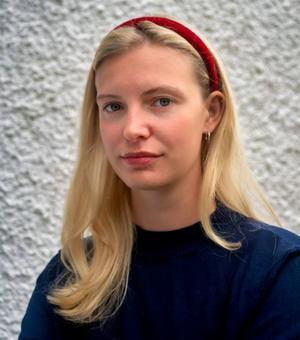 'Making the Modern First Lady: The Development of the Office of the First Lady from 1963- 1981'

Whilst Eleanor Roosevelt and Hillary Clinton are recognised as among the most proactive First Ladies, the tenures of Lady Bird Johnson, Pat Nixon, Betty Ford and Rosalynn Carter should arguably be considered the era of professional consolidation of the modern role. My research therefore aims to conduct an in-depth analysis of these figures, questioning the extent to which institutionalisation and professionalisation of the role took place in this era. In addition, my research aims to investigate the growth of the East Wing as a political entity in itself. Given the constant reshaping of the role of the First Lady, an office ultimately defined by social convention rather than by the Constitution, the questions posed provide an exciting opportunity to revaluate the development of the modern First Ladyship. Ultimately, my research draws on scholarly debates on the presidency, US politics, feminism and later 20th Century socio-cultural developments to question to role of one of the most visible women in the world.

I have also contributed an article on the rheotic of motherhood and first lady candidates in the 2020 election to the USSO election series in November 2020. In Trinity term 2021 I convened the American History Graduate Seminar at the Rothermere American Institute, and I am the convener of the 2021-22 RAI American History Research Seminar.

I completed by MA in US Studies: History and Politics at UCL under the supervision of Professor Iwan Morgan, with a dissertation entitled "Government is the Problem': Jimmy Carter, Ronald Reagan, Donald Trump and the Rhetoric of the Outsider,' for which I was awarded a UCL Travel Grant to undertake research in the Carter and Reagan Presidential Libraries in Atlanta and Simi Valley. I was part of the team at UCL Institute of the Americas Research Network in 2018/19, assisting with organising and promoting their annual conference which that year was titled 'Chaos and Crisis in the Americas?' I also gained experience chairing a panel debate during this time.

My BA in English Literature and Hitsory was completed at the University of Exeter where I produced a project under the guidance of Professor Kristofer Allerfeldt entitled 'Mad, Bad, and Dangerous to Know,' which compared the artistic personae of 1970s Rock Musicians, particularly David Bowie, and the Romantic poets, specifically Lord Byron.

My research interests are therefore broad, but largely concern cultureand politics of the 1960s and 1970s in the USA, rhetoric, the presidency and questions of gender.