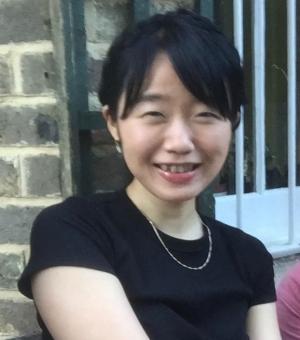 Male-female, life-death, and subject-object. Conceptions of dichotomies and hierarchies widely shape the ways in which humans produce knowledge in modern period. Yet, what if intrinsic nature of the universe and society, the very basis of truths, defied such categorisations? Her DPhil research reveals an intellectual history of what she calls microbial paradigm. She does so through life and work of the Japanese naturalist-polymath Minakata Kumagusu (1867-1941). Just like the multi-sex biology of microbe slime mould that fascinated Kumagusu, the epistemology of this paradigm existed in multiplicity. Each chapter illuminates civilisational discourse, evolutionary theory, metaphysics of science, and the social sciences that emerged through the microbial paradigm.

In parallel to her DPhil, she explores the implications of such histories to forms of knowledge-making required in facing the climate crisis today. Her work received the Grand Prize for the Toshiba International Foundation's competition on the future research agenda for Japanese Studies (2019).  Additionally, she has been a core member of the Climate Crisis Thinking in the Humanities and Social Sciences (2019-present), co-founded the Oxford Environmental History Network at the Centre for Global History (2018), and co-organised the international PG and ECR workshop “Ecologies of Knowledge and Practice: Japanese Studies and the Environmental Humanities” at St Antony’s College, Oxford (2017). Her research has been supported by the History Faculty, Toshiba International Foundation, Japan Foundation and the Endowment Committee, GB Sasakawa, Oxford Sasakawa, British Association for Japanese Studies, and Sir Richard Stapley Educational Trust among many others.

Prior to DPhil, Eiko worked as a curator and writer of contemporary art and ideas in London, specialising in transdisciplinary projects of art, science, and technologies in the context of Anglo-Asian historical relations. She was awarded Japan's Agency for Cultural Affairs curatorial fellowship (2013-2016) for her to developed various public exhibition and education programmes on the topic. She continues to take part in public engagement work as an academic. Recent PE ranges from BBC Radio 3's Free Thinking, a documentary by the NHK World, to a local radio programme in countryside Japan and participation to public talk events at alternative cultural platforms, galleries, and a national think-tank.