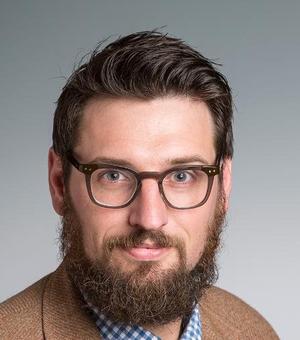 I studied Modern History and Politics at Oxford as an undergraduate before taking an MA in Latin American Studies at ILAS, University of London. I then worked for a few years at Canning House where our aim was to improve diplomatic, business, cultural and academic links between UK, Spain, Portugal and Latin America. In 2012 I finished my PhD at ISA, University of London; my thesis looked at various Mexican Marxist groups during the early Cold War. Before joining St Catherine’s, I taught history at the University of Warwick, at UCL and at LSE. I have also taught Latin American politics at Johns Hopkins School of Advanced International Studies (Bologna). I am a founder and convenor of the Radical Americas Network (radicalamericas.org) and an editor of the Radical Americas Journal. I am currently writing a book about various facets of the left in early Cold War Latin America (forthcoming with Verso).

My research expertise lies in three connected fields. First, the history of Mexico, focusing on post-Revolution state formation and party politics during the Cold War. Second, this domestic political history is set within twentieth-century comparative and transnational history, with emphases on Latin America, the USA and the Cold War. Finally, the ideological and organisational aspects are part of the international history of communism, in both its intellectual and institutional forms.

While I have undertaken a good deal of research on Mexican political and intellectual history, my work has always been transnational in nature, concentrating increasingly on networks of radicals, revolutionaries, writers, publishers, political parties and thinkers in the Western Hemisphere, as well as examining regional and bilateral relationships between governments and parties.

There are three related threads running through my primary research strand: first, the nature of the relationship between the Marxist left and the ruling PRI in Mexico; second, the extent to which the Cold War arrived in Mexico prior to 1959, incorporating both intergovernmental relations and the influence of hemispheric political tendencies; and third, how significant and/or representative Mexico is (both within Latin America and more widely) in the previously-identified frameworks, i.e. Marxism and nationalism on the one hand, and the early Cold War in Latin America on the other.

I have developed a secondary research strand examining the relationship of various writers with politics and race in post-revolutionary Mexico, including B. Traven, Martín Luis Guzmán and Langston Hughes; the latter forms the focus of a current project examining Hughes’ idea of Mexico as a ‘brown man’s country’ and the absence of Afro-Mexicanity in his earlier work. I am also interested in the relationship between radical politics and science fiction, particularly in the work of Kim Stanley Robinson and Margaret Atwood.

My most recent article is available here: https://www.cambridge.org/core/journals/journal-of-latin-american-studies/article/hegemonic-nationalism-subordinate-marxism-the-mexican-left-19457/847E30B8B42124494CD14514A3A2A619#fndtn-information

I appear regularly on the radio (LBC) discussing Latin American politics and history; some appearances are collated here: https://www.youtube.com/channel/UCdCEb4gCRprIwbL5qQjtMw