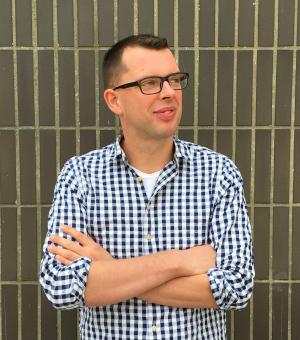 I am a historian of colonial and postcolonial West Africa. My research focuses on culture and cities to offer new perspectives on histories of development and decolonisation.

I joined the Faculty of History in 2017. I completed my BA at the University of Cambridge, and my MA and PhD at Birkbeck, University of London. I have previously taught at Leeds Beckett University, King’s College London, and the London School of Economics. 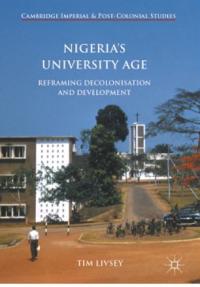 This book explores the world of Nigerian universities to offer an innovative perspective on the history of development and decolonisation from the 1930s to the 1960s. Using political, cultural, and spatial approaches, the book shows that Nigerians and foreign donors alike saw the nation’s new universities as vital institutions: a means to educate future national leaders, drive economic growth, and make a modern Nigeria. Universities were vibrant places, centres of nightlife, dance, and the construction of spectacular buildings, as well as teaching and research. At universities, students, scholars, visionaries, and rebels considered and contested colonialism, the global Cold War, and the future of Nigeria. University life was shaped by, and formative to, experiences of development and decolonisation. The book will be of interest to historians of Africa, empire, education, architecture, and the Cold War.

My research focuses on culture and cities to offer new perspectives on histories of development and decolonisation. In recent years, my research has centred on Nigerian universities. Palgrave Macmillan will soon publish my first monograph, Nigeria’s University Age: Reframing Development and Decolonisation. The book explores how Nigerian nationalist politicians, British colonial officials, and American aid experts alike saw Nigerian universities as vital. They believed that universities would drive national development, and produce the future leaders of the independent nation. The book draws on research in Nigeria, the United States, and Britain, to explore this history from multiple perspectives. It examines the impact of Nigerian campaigns for development during colonial rule; the significance of university buildings, students’ everyday life, and Cold War politics in development and decolonisation; and the place of universities in postcolonial Nigeria.

I am currently working a new project on housing and state-building across Anglophone West Africa from 1920 to 1980. This research investigates how housing planned by states was a powerful symbol of development. Housing formed an important nexus between the state and the individual, between plans and practice, and between the locality and the wider world. Focusing on housing for non-elite subjects and citizens, and for chiefs and state officials, the research ranges from ‘slum’ clearance to ‘Government Reservations’. It explores how housing was a central element of state-building across colonial, decolonising, and postcolonial West Africa. Work from this ongoing project is forthcoming in the edited volume Forms of Freedom: Legacies of African Modernism.

In addition, I have worked on relationships between decolonisation and built environments in Britain. I led a collaborative project that involved the film maker James Price, the Pepys Community Library, and residents of the Pepys Estate in Deptford, south London. Together, we made ‘Reading Pepys’, a short film about the area. The site of a naval yard founded by Henry VIII, the Pepys Estate was constructed as a showpiece of social housing after the yard closed in the early 1960s. The film reflects on the tangled relationships between echoes of empire, the welfare state, and British urban landscapes.

The film Reading Pepys, which explores the Pepys Estate, Deptford and its relationship with histories of decolonisation and the welfare state, made in collaboration with the film maker James Price, the Pepys Community Library (July-December 2015), and local residents. It was shown as part of the fiftieth anniversary celebrations of the estate in July 2015 and at an event at the Deptford Lounge in October 2016 (link here).

Interviewed for the Nigerian Tribune about Nigerian history, March 2016.

Blogpost on Nigerian universities for Africa4, the Africa blog of the French newspaper Libération, May 2015 (link here).

Building of the Month blogpost on the University of Ibadan on the website of the architectural charity the Twentieth Century Society, February 2014 (link here).