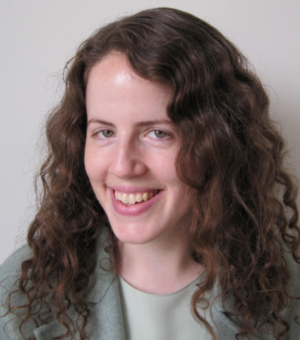 I am a historian of early modern England and its American colonies, with a focus on social and legal history. I received my B.A. from Columbia University and my Ph.D. from Harvard University. I am currently revising my dissertation into a book, provisionally entitled “Captured Consent: Forced Labour and the Rise of Freedom of Contract.” This project examines the meaning of consent in seventeenth-century forced service of the poor, colonial indentured servitude, military impressment, and prisoner of war conscription. It asks: who consented, to what terms, when? Who had the capacity to freely consent to labour? How could legal presumptions replace the need for evidence of consent? The project connects contractual practices in compulsory service to nascent ideas about freedom of contract.

Indentured servitude, forced service of the poor, prisoner of war conscription, and military impressment were all coercive systems in seventeenth-century England and its American colonies. Although coercive, they were said to be based on contracts to which labourers had to consent. Compulsory consent ranged widely, from orphaned children in the London docklands signing indentures to serve on Virginia plantations, to farmers in the Cotswolds agreeing at sword-point to become foot soldiers in the royal army. I study why masters sought such consent from labourers and how the concept of consent functioned in charitable, colonial, and military contexts. My book project, “Captured Consent: Forced Labour and the Rise of Freedom of Contract,” charts changing mentalities about forced labour and free will through a focus on social practices.

I argue that concepts now central to the liberal economic order—freedom of contract and the sanctity of consent—arose, in part, from labour recruitment practices in the early modern era. While deprivation, ideology, and the law greatly limited people’s ability to refuse to enter labour arrangements, masters nevertheless increasingly chose to characterize such labourers’ consent as “willing” or “free.” My sources range from colonial and metropolitan court records to master-servant contracts, company minute books, state papers, municipal records, ballads, and pamphlets. I examine cases of contractual labour in which compulsion to work overshadowed choice and contemporaries questioned the purportedly free nature of the agreement.

My article, “The Legality of Prisoner of War Labour in England, 1648–1655,” is forthcoming in Past & Present (February 2020). This piece is based on a chapter in my forthcoming book. It explains how a succession of English governments sent their war captives into servitude with private masters both in England and the colonies, despite customary laws of war that prohibited hard labour for Christian prisoners. They instead operated under the logic of the English Poor Law, in which the indigent could be considered to have meaningfully consented to serve a master even while under duress. I am currently completing a documents article, which identifies Huntington Library HM 1365 as a previously lost item from the largest surviving collection of seventeenth-century transatlantic service indentures. Reading this contract within its wider collection shows how the production and record keeping of these documents functioned to constrain would-be servants’ choices and protections during recruitment and servitude, while legitimizing new practices that benefited masters in colonial labour relations. I am also developing an article on the long history of the legal action of enticement, under which one master could sue another for poaching away his servant, apprentice, or slave. The tentative argument of this work in progress is that the impulse behind the action of enticement was more to strengthen masters’ social control and the stability of their households and plantations, than to protect their purses.