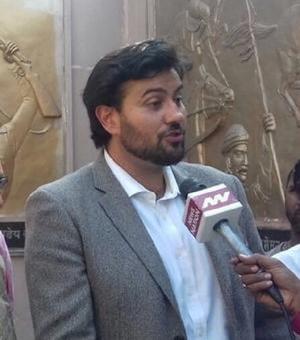 My research interrogates the contested and contingent nature of (post)colonial memory, and explores a range of questions pertaining to identity, legitimacy, and power through the analysis of how the colonial past has consistently been (re)produced and (re)packaged for mass consumption within the constantly evolving present. Focusing on a broad range of commemorative practices including the erection of monuments, the hosting of anniversary ceremonies, and the naming of streets, my work is concerned with how contemporary exigencies, interests, and attitudes shape concurrent debates over how the colonial past should be remembered (or just as often forgotten) within specific historical moments. In my recently published book, The 1857 Indian Uprising and the Politics of Commemoration, I focus on three sites of colonial memory, which were some of the best known and most frequently reproduced images of empire. Sanctified by the Colonial administration in commemoration of victory over the Sepoy Mutiny” of 1857, The Cawnpore Well, Lucknow Residency, and Delhi Ridge were read as emblems of empire which embodied the central tenets of sacrifice, fortitude, and military prowess. Since independence, however, these same sites have been rededicated in honour of what is now officially known in India as the 'First War of Independence' and are thus sacred to the memory of those who revolted against colonial rule, rather than those who saved it. Using these sites of memory as prisms through which to explore over 150 years of Indian history, this book traces the ways in which commemoration responded to the demands of successive historical moments by shaping the events of 1857 from the perspective of the present. By telling the history of India through the transformation of mnemonic space, this study shows that remembering the past is always a political act.

The 1857 Indian Uprising and the Politics of Commemoration, (Cambridge: Cambridge University Press, forthcoming in May 2022)

The 1857 Indian Uprising and the Politics of Commemoration, (Cambridge: Cambridge University Press, forthcoming in May 2022)

An innovative and engaging study that uses the commemoration of 1857 as a prism through which to explore 150 years of Indian history. Utilising extensive archival research from India and Britain, Sebastian Raj Pender traces the ways in which commemorative practices have responded to the demands of successive historical moments by shaping the events of the 1857 Indian Uprising from the perspective of the present.