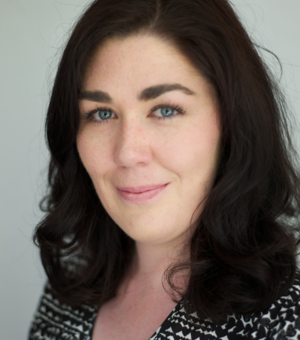 I am a historian interested in how politics intersected with memories of the past in the early medieval west. My book, Commemorating Power in Early Medieval Saxony: Writing and Rewriting the Past at Gandersheim and Quedlinburg (2021) explores these themes in the development of female monasteries in the Ottonian empire, examining how monastic women reshaped the past to communicate ideas about power and rulership in the present. This work has led to my Leverhulme Early Career Fellowship project, which investigates how burial sites of previous royal dynasties functioned as memorial centres in the tenth and eleventh centuries. I look at how individuals in the rapidly changing political order of tenth- and eleventh-century western Europe interacted with these burial sites and what that can tell us about ideas of power, kingship and royal legitimacy at a point when multiple new kingdoms emerged.

My research interests broadly encompass politics, gender and memory in the Early and High Middle Ages. My forthcoming book, Commemorating Power in Early Medieval Saxony: Writing and Rewriting the Past at Gandersheim and Quedlinburg, will be published by Oxford University Press in 2021 as part of the Studies in German History Series. This book assesses how the two royal convents of Gandersheim and Quedlinburg became central political sites for the Ottonian dynasty which ruled over Germany and Italy in the tenth century. Through looking at contemporary accounts of the origins of these convents and comparing them with their own later reimaginings of these origins, my monograph reveals that the women in these communities were skilful political actors who were more than capable of manipulating memory for their own political benefit.

I am now conducting a research project as a Leverhulme Trust Early Career Fellow. My three-year project, Embodying Dynasties: Remembering the Past at Royal Tombs in the Medieval West, examines how political figures in the tenth and eleventh century interacted with the tombs of earlier royal dynasties. It begins from the idea that when new forms of rulership appeared, the burial sites of previous rulers were suddenly open for reinterpretation. These tombs could be used to great effect as potent sources of legitimacy, or alternatively downplayed and "forgotten". My project traces how these sites were used in Europe between 900 and 1100, when multiple new kingdoms emerged, including England, France and the German Empire.

I also maintain a strong interest in the study of female power in the Middle Ages, with a particular focus on the intersections of royal and religious power for women. In collaboration with Dr Megan Welton, this has resulted in a conference, workshop and forthcoming special issue of articles examining how queens and abbesses defined and expressed their power from the ninth to twelfth century.