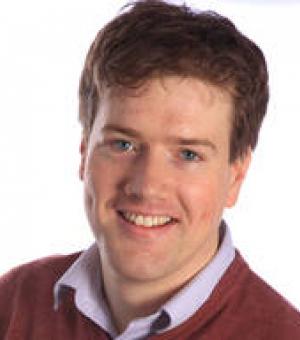 I’m fascinated by the way that modern cultures are shaped by myth. As a historian of 1960s Britain, I’m interested in how the myths of ‘the Sixties’ were invented, and how they influenced what people did. My current project focuses on the role of Christian commentators in inventing Britain’s ‘Sixties’, arguing that their significance has been overlooked due to the contemporary myth of ‘secularization’.

I completed my DPhil at Mansfield College, Oxford in 2013, and held lectureships at St John’s College, Lincoln College, and Plymouth University. In September 2015 I returned to Oxford to become Darby Fellow and Tutor in History at Lincoln College.

I am interested in the religious dimensions of Britain’s ‘Sixties’, and how these affected British social and cultural development more broadly. My first article, which won Twentieth Century British History’s Duncan Tanner prize, showed that the sudden reimagination of Britain as a ‘secular society’ in the early 1960s was initially accomplished by Christians. My second, published in the Journal of Ecclesiastical History in 2015, showed that radical Christian groups made an early and significant contribution to British student radicalism. My third, published in the Historical Journal in 2016, argued that Christians made an early and important contribution to inventing Britain’s ‘sexual revolution’ in the mid-1960s.

Christian Radicalism in the Church of England and the Invention of the British Sixties, 1957-1970: The Hope of a World Transformed

This study provides the first postsecular account of the moral revolution that Britain experienced in the 1960s. Beginning from the groundbreaking premise that secularity is not a mere absence, but an invented culture, it argues that a new form of British secularity achieved cultural dominance during an abrupt cultural revolution which occurred in the late 1950s and early 1960s.