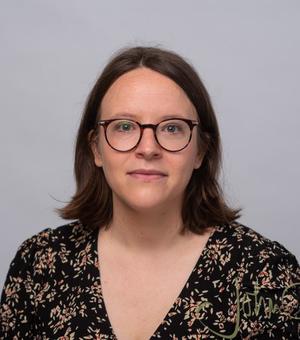 I am a historian of early modern religion, concentrating in particular on the social and cultural impact of the Reformation on communities in sixteenth- and seventeenth-century Germany. I am interested in processes of religious change and conversion, the construction of confessional communities, and the relationship between religion and visual culture in the early modern period.

I completed my BA and M.St. at Oxford, before taking up a PhD in St Andrews. I joined the history faculty in 2018 having taught previously at St Andrews, Winchester and King’s College London. I have held research fellowships at the Institute of Historical Research, the Society for Renaissance Studies, and the Leibniz Institut für europäische Geschichte. At Oxford I co-convene the seminar series in early modern German culture and am the ECR Representative on the Faculty Board.

My work considers the social and cultural effects of the Reformation on European communities. My current research addresses the impact that religious change had on the ecclesiastical visual culture of southwest Germany. I am interested in the ways that images became a significant part of Lutheran devotion in the sixteenth and seventeenth centuries following an early phase of image removal. My forthcoming book – The Beauty of Belief. Decorating the Württemberg Church during the Reformation (Brill, 2021) – traces these developments in the Duchy of Württemberg, considering the dynamics of iconoclasm and its impact on later artistic production. Here, I am interested in how Lutheran dukes used their pronouncements on images to make political allegiances, how pastors used their position to inculcate new standards of visual literacy among the laity, and how individuals used religious images to express devotional and civic relationships within the space of their local church. Throughout this study is a focus on the construction of confessional community and the creation of confessional memory. My work thinks more broadly about the ways in which images and objects might complicate our binary notions of Lutheranism and Catholicism and how they can challenge textual narratives of religious change. Through the lens of church interiors, a different story of Württemberg’s Reformation might be told from that gleaned from official texts.

A big question that runs throughout my research is how religious change manifested itself in contexts divorced from the typical Lutheran model. My focus on Württemberg reflects an interest in the forgotten spaces of the Reformation - those places whose Reformations had different trajectories from the story of Martin Luther and Wittenberg and those places that reflect the diversity of Lutheran practices in the sixteenth and seventeenth centuries. I am currently researching the role of images in later Lutheran practices of contemplation. This has led me to consider the material of the seashell as a devotional object to support contemplation in early modern grottos. I work too on the function of church interiors in those ecclesiastical spaces shared by Catholics and Lutherans.