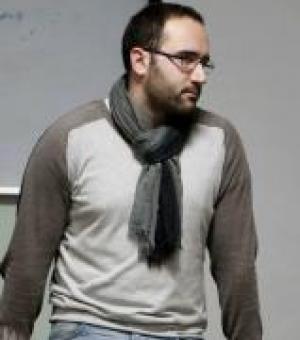 Nikoloz Aleksidze received his doctorate at Oxford in 2013, with a thesis in the Faculty of Oriental Studies, entitled Making, Remembering and Forgetting the Late Antique Caucasus. Previously (in 2009) he received an MA in Medieval Studies (with a specialization in Religious Studies) at the Central European University in Budapest, following on from a BA in Classics at Tbilisi State University. After his studies, he worked as an Assistant Professor in Philosophy at the Free University of Tbilisi and later as Dean of Social Sciences. At the Free University he taught Philosophy, intellectual history and regional (Caucasian) studies.

Nikoloz is currently completing a monograph based on his doctoral dissertation, entitled The Caucasian Schism as an Interpretive Schema. Another project of his, the Handbook of Classical Georgian, is currently also under completion.

His research interests include medieval, late antique and Caucasian studies, as well as wider memory and religious-identity studies (from both an historical and an anthropological perspective), and contemporary literary theory and oral traditions. Outside his scholarship, he writes regularly for a Georgian weekly journal, 24 Hours Weekend,on literature, religion and current political issues.