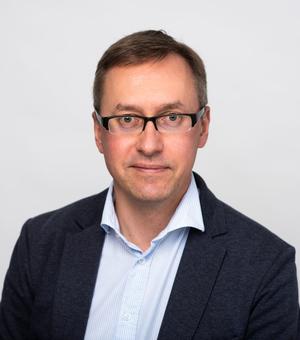 I work on the Byzantine Empire between 500 and 1200. I am currently interested primarily in its social and economic history, but I also work on historiography, the church, and bureaucracy. I try to see Byzantium in its broader context and am interested in its interactions with such neighbours as the Islamic world, the steppe nomads, the Slavs, and the Christian cultures of the Near East. I also work on early medieval slavery and slave trade, especially on the trade system that connected the Islamic world with Scandinavia and the Slavic lands (and to some extent Byzantium) in the 9th and 10th centuries.

My doctoral dissertation on the monothelete controversy in the seventh century (whether Christ had one will or two) led me to a broader interest in the transformation of Byzantium in the 7th and 8th centuries. I am currently working on the Acts of the Sixth Ecumenical Council (680-1) which give a unique insight into this obscure period. I am also increasingly interested in the social and economic history of Byzantium in the 9th-11th centuries, and in the contacts of Byzantium with its neighbours such as the Islamic world, the steppe, the Slavs, the Scandinavians, and the western Europeans.

My post-doctoral project ‘Dirhams for Slaves’ (funded by the AHRC) attempted to explain the finds of hundreds of thousands of dirhams, mostly produced in Central Asia, all around the Baltic and in eastern Europe. Combined textual, numismatic and archaeological evidence reveals a major trade system, dealing mostly in slaves, that connected the Islamic world with Scandinavia and the Slavic lands in the 9th and 10th centuries. I am currently preparing a monograph on this slave trade system and its long-term implications (e.g. the emergence of states in Scandinavia and the Slavic lands). I am also increasingly interested in scientific methods that can be used to provenance silver and glass beads found in Viking-Age Scandinavia, and in the place of slavery in various medieval societies, including Byzantium.

Finally, I am interested in Eurasian connections in the middle ages and in comparative approaches, such as a study of imperial bureaucracies in Byzantium, the Abbasid Caliphate, Tang and Song China, and Heian Japan.

I would be willing to hear from potential DPhil students regarding any area of Byzantine, medieval Slavic and Islamic History or any potential Masters students looking at Byzantine History