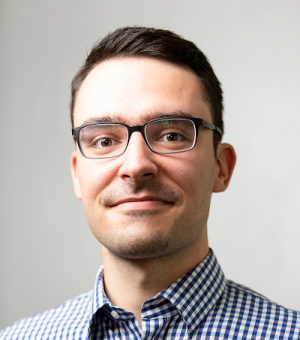 I am a historian of modern Germany with a particular interest in rural and urban life, oral history and memory. My research focuses on everyday experiences of the Cold War in the divided Germany. For my PhD thesis, I analysed how the inhabitants of two case-study villages in the socialist East and the capitalist West perceived and navigated the implementation of two very different social and political systems in their localities in the postwar era. Before coming to Oxford, I taught at the University of Bristol, where I also completed my PhD. 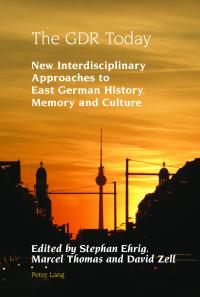 The GDR Today promotes interdisciplinary approaches to East Germany by gathering articles from a new generation of scholars in the fields of literary and visual studies, history, sociology, translation studies, political science, museum studies and curating practice. The contributors to this volume argue that it is necessary to transgress disciplinary boundaries to escape the gridlocked categories of GDR scholarship. Exploring East German everyday life, cultural policies, memory and memorialisation, the volume aims to offer new impulses to the study of the GDR. Through the combination and juxtaposition of different approaches to East Germany, it overcomes intra-disciplinary conceptual binaries and revitalises debates about the very concepts we use to understand life under late twentieth-century state socialism.

My research asks how Germans in East and West engaged with the deep-reaching social and political changes of the postwar era in their everyday environments. I am particularly interested in oral history approaches and spatial histories which offer insights into the entanglement of the Cold War with individual life histories.

My PhD thesis, which received the 2017 Thesis Prize of the German Historical Institute London, uses two-case study villages in the divided Germany to challenge grand narratives of a Cold War divergence between the socialist dictatorship of the East and the liberal democracy of the West. Based on a wide range of archival sources as well as oral history interviews, I argue that there are parallel histories of responses to social change among villagers in postwar Germany. Despite the different social, political and economic developments, the residents of both localities desired rural modernisation, lamented the loss of ‘community’ and became politically active to control the transformation of their localities. My thesis therefore offers a history of Cold War Europe that does not focus on the antagonistic systems on either side of the Iron Curtain but on the ways in which individuals gave local meaning to large-scale processes of change.

An article based on parts of my PhD research was published in the Journal of Urban History in December 2016, and a chapter in a peer-reviewed volume will appear in 2019. I am also the co-editor of an interdisciplinary volume on the history, culture and memory of socialist East Germany which was published in 2018 (see featured publication). I have previously published on the tensions between personal memories and official histories of the East German State Security in the European Review of History 20 (2013).

In addition to turning my thesis into a book manuscript, I am currently embarking on my new project: a sensory history of construction work in postwar West Germany. The project will examine the sights, sounds and smells of construction work in two West German cities to challenge the long-standing narrative that postwar Germans only turned towards the moral and political rebuilding of society once the material rebuilding process was complete. Through the case studies of Frankfurt (Main) and Koblenz, two cities which underwent major reconstruction and remodelling after wartime destructions, my research will explore how construction work linked the material and moral remaking of postwar societies in the everyday lives of urban residents. It will use oral history interviews with local residents and a range of archival material to offer fresh perspectives on the shift from material values (such as basic economic needs) to postmaterial ones (such as self-expression and democratic participation) in postwar Europe. Moreover, the project’s innovative sensory history methodology will give new impulses to the emerging scholarly engagement with the postwar city.