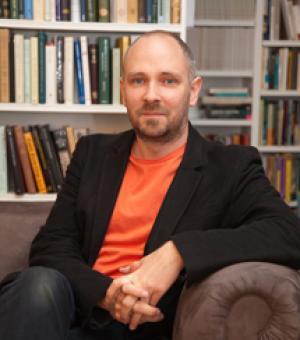 I have been interested in history from a young age. As well as some inspiring teachers at my Derbyshire comprehensive school and at Glasgow University, my historical outlook is informed by engagement with contemporary politics, culture and environment. History for me is a vital component of how we imagine the present and future world.

My research is encompassed by three main themes:

My 2018 book Trustworthy Men: How Inequality and Faith Made the Medieval Church traces the emergence of a group of ‘elite’ peasants who provided bishops with information about crime and disputes. They were known as the ‘trustworthy men’. In collaboration with bishops they built the institutional church of the thirteenth to fifteenth centuries, but the social capital that made them useful was a major contributor to gender and status inequalities. I am also interested in the role such local elites played in organizing rebellions, and in the experiences of women and lower-status men in popular politics. Governing institutions and local elites developed in symbiosis, because rulers governed through local leaders.

An interesting recent side-project was a comparative survey of the ways that trust practices shaped long-distance trade across Europe, the Middle East, and Africa between 1000 and 1600. I worked with the archaeologist Anne Haour to develop a model of trust and connectivity that includes space, material culture, religion and emotions, alongside the more conventional elements of economic history: institutions and cost-benefit reasoning.

2. Inclusion and exclusion in medieval Christianity

Medieval Christians were expected to believe what the church told them, but for some people this was difficult to take. Failing to trust the church was called heresy, and in my 2005 book The Detection of Heresy in Late Medieval England I examined the way in which this boundary of belonging was constructed and enforced by the church.

More ‘everyday’ inclusion and exclusion was achieved through itinerant judicial institutions called ‘visitations’. Bishops used these to manage the clergy and mould society to a specifically late-medieval Christian ethic. With Chris Whittick I have edited several visitation records from late medieval England, and am currently helping Thomas Izbicki to produce an edition of the 1458-1470 visitations of Josas in northern France.

My current book project is a study of how women were excluded from the Christian clergy for so long. Remarkably there is almost no scholarship on this hugely important topic: historians have taken it for granted. The book looks at how exclusion and default masculinity were achieved through the control of people and language.

Global history writing is wedded to the records and perspectives of states, and to tracing the pre-history of modern globalization. This excludes from view the majority of human experience. Anarchist approaches offer a fresh perspective. I am one of the organisers of a group looking at ‘medieval zomias’, the ungoverned spaces in between power centres. The group includes historians and archaeologists from China, India, Japan, Korea, Nigeria, South Africa, Switzerland, the UK and USA. ‘Zomia’ is a concept developed by the anti-authoritarian anthropologist James Scott. We will soon publish an open-access collection of papers on this radically-experimental theme.I am a founder member of the academic network ‘Anarchist Approaches to the Middle Ages’, which organises talks and discussion at the annual International Medieval Congress.

Trustworthy Men: How Inequality and Faith Made the Medieval Church (Princeton University Press, 2018)

Trustworthy Men: How Inequality and Faith Made the Medieval Church (Princeton University Press, 2018)

The medieval church was founded on and governed by concepts of faith and trust — but not in the way that is popularly assumed. Offering a radical new interpretation of the institutional church and its social consequences in England, Ian Forrest argues that between 1200 and 1500 the ability of bishops to govern depended on the cooperation of local people known as trustworthy men and shows how the combination of inequality and faith helped make the medieval church.

Heresy was the most feared crime in the medieval moral universe. It was seen as a social disease capable of poisoning the body politic and shattering the unity of the church. The study of heresy in late medieval England has, to date, focused largely on the heretics. In consequence, we know very little about how this crime was defined by the churchmen who passed authoritative judgement on it.

I would be pleased to receive enquiries from prospective graduate students interested in any aspect of late medieval social, gender or religious history. Having particular expertise in the use of medieval judicial and administrative records to write social history, I am keen to support projects that take innovative approaches to this field. I have supervised projects on heresy, pacifism and anarchism, conciliarism, sanctity, insult and defamation, vernacular sermons, devotional texts, material culture, marriage and sex, landscape and architecture, gender, dispute resolution, the institutional church, rape, the human-animal divide, parishes and pastoral care, naming patterns, confession/penance, clothing and violence, and trust and trade.

I aim to guide undergraduates towards discovering what they are interested in, and then to help them develop the skills needed to understand it. This means encouraging open-minded enquiry into new and familiar topics, knowing that students often discover their historical enthusiasms in surprising places. I teach general papers in British, European, and Global history between 900 and 1550, and specialist papers on ‘Crime and Punishment in England 1280-1450’, ‘The Peasants Revolts of 1381’, and the new ‘Global Middle Ages, 500-1500’ course. In all of this I help students think about how ideas, identities and inequalities together contribute to processes of historical change.