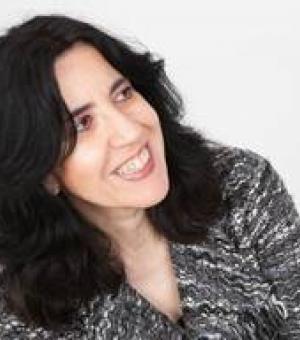 My areas of interest are the political, cultural and social history of Europe, including Britain, and its interaction with the Global Hispanic world (Spain, the Americas, Philippines, North and West Africa) from a transnational perspective, particularly from the eighteenth to the twentieth centuries.

I embarked on academia after life as a Reuters fellow with a long career in journalism, including as Chief European correspondent for the Argentine daily La Nación. At Oxford, I read for a BA degree in Modern History as a mature student (St. Hilda's College) followed by a doctorate (Lady Margaret Hall). Subsequently I held various positions as tutor, lecturer and researcher (Hertford College, St. Peter's College), established the interdisciplinary research network 'Translations in Transnational Contexts' and currently remain an associate member of the Faculty of History and occasional co-convenor of the Latin American History Seminars at St. Antony´s college.

My doctoral thesis delved into the subjects of war volunteering and the ethos and modus operandi of national liberators through the study of the experience of a hitherto unrecognised group of Britons who served in the Spanish forces during the Napoleonic wars. This research resulted in the book British Liberators in the Age of Napoleon: volunteering under the Spanish Flag in the Peninsular War(Bloomsbury: London and New York, 2013) reissued in paperback edition in 2014.

In researching the historical context of the various translations of 'The Political Constitution of the Spanish Monarchy' (1812), commonly known as the Constitution of Cadiz and once famously described as the 'Liberal Codex' of the nineteenth century. This project led me to set up the interdisciplinary research network 'Translations in Transnational Contexts' with colleagues from other academic departments. I have also assisted Prof. Laurence Brockliss in researching the trade and use of quinine within the project 'From Sail to Steam: Health, Medicine and the Victorian Navy'. More recently, I joined a team of researchers from British, Chilean, Colombian and French universities who are reassessing the period that immediately followed the independence of Chile from a transnational perspective. Please see the 'Research' tab for more details.

I am convenor of two undergraduate modules, including the only one currently dealing with Modern Hispanic History at Oxford: the study of anarchism in the Spanish-speaking world based on the critical analysis of Juan Diaz del Moral's Historia de las agitaciones campesinas andaluzas (Prelims Foreign Texts: Spanish) from a transnational and global perspective. I also teach a wide variety of other modules in British, Modern European and Latin American history, and act as supervisor and examiner in the M.St., MPhil. and DPhil. Programmes in 'Modern British and European History' and 'Global and Imperial History'. Please see the 'Teaching' tab for more details.

Graciela Iglesias Rogers is involved in the following research initiatives:

Graciela Iglesias Rogers is researching the historical context and impact of the various translations of 'The Political Constitution of the Spanish Monarchy' (1812), commonly known as the Constitution of Cadiz and once famously described as the 'Liberal Codex' of the nineteenth century. This led her to establish an interdisciplinary network that aims to bring together scholars interested in the challenges, opportunities and outcomes resulting from the act of translating from one language and/or culture to others.

From Sail to Steam: Health, Medicine and the Victorian Navy

Graciela Iglesias Rogers is assisting Prof. Laurence Brockliss in the research of the trade and use of quinine, particularly in the Hispanic world.

Graciela Iglesias Rogers is part of a team of researchers from the Universidad Adolfo Ibáñez (Chile), the University of Bristol (UK), the Universidad Externado de Colombia and the Université Paris 1 Panthéon-Sorbonne who are reassessing the period that immediately followed the independence of Chile from a transnational perspective.