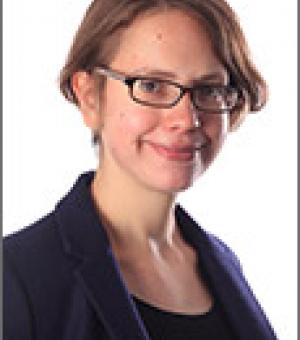 I am interested in how people thought about practical dilemmas in the Middle Ages. A whole category of moral choices require us to think about how to deal with difficult circumstances, that is,  what we should do when confronted with a choice between two unattractive alternatives. A famous dilemma of this sort is Kant’s case of the murderer at the door: should you lie to a murderer who asks the whereabouts of a friend who is hiding in your house, or tell the truth at all costs? The choice is between saving the victim at the price of your own integrity, or sacrificing a life to principle. Medieval theologians and priests considered this famous problem alongside a series of more realistic and complex moral choices. My research is into this strain of practical ethics, which emerged in the twelfth century and developed into the Catholic discipline of casuistry in the Early Modern period.

Casuistry became notorious because of the criticisms levelled against it by figures like Pascal in the Lettres Provinciales and by Protestant polemics particularly in seventeenth-century England – it got a reputation for being a distinctively ‘Jesuitical’ moral reasoning that, in the words of Pascal, ‘excused the inexcusable’. In fact, casuistry was a method for approaching difficult ethical problems that, for better or worse, dominated the Catholic moral tradition for over five hundred years, and was not without its effect on the Protestant tradition either. What characterised this type of moral thought was an engagement with the problems of the real world: whether, for example, a citizen should pay taxes to a corrupt government, whether a  man who is starving could permissibly steal something to eat, or an adulterous wife should reveal to her husband that his heir is not his true son? It is this pragmatic engagement with real-world choices and concerns, especially on the part of medieval priests and confessors, that is the subject of my research.

My PhD thesis was on lying and perjury in medieval practical thought. I looked at how medieval authors, from the late twelfth-century theologian, Peter the Chanter, onwards, approached cases of conscience about truth-telling and oaths. I was able to identify the origins of ‘Jesuitical’ moral thought in these reforming circles in Paris at the end of the twelfth century. For my second project, I am writing a general history of casuistry from its origins up to the Council of Trent.

I have published articles on canon law, discussions about lying in medieval Bible commentaries, and on the moral thought of the thirteenth century Franciscan, Peter John Olivi.