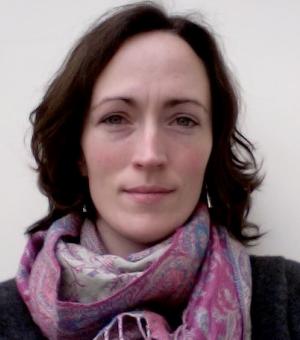 Research Associate
Faculty of History | Centre for the History of Science, Medicine, and Technology
cressida.jervisread@history.ox.ac.uk

I am a Research Associate at the Centre for the History of Science, Medicine, and Technology researching the contemporary history of malaria in India after 1947 as part of a larger project at the Unit.

My research revolves around a concern with urbanisation, development and the consequences of shifting socio-environmental relations for human health. I have a particular interest in vector borne diseases (especially dengue fever) and what multispecies and material culture perspectives can bring to these issues.

Trained as a social anthropologist, with a regional specialisation in South Asia, my work is interdisciplinary in nature and I increasingly work with historical materials for a longer term perspective on these relationships.

School of Antropology & Museum of Ethnography

Focusing on the experiences of residents of an East Delhi “slum” clearance neighborhood, this article explores the repeated rounds of homemaking and unmaking undergone by rural-to-urban migrants to Delhi. In the course of this, residents have developed connections and relationships with neighbors, state bureaucrats, and kin that have allowed residents to make, unmake, and remake their homes moving from village to city, through several sites and demolitions across Delhi. This article suggests that home, as the production of place through the process of dwelling, is also a tactical and strategic process of negotiating different relationships from which new lives in the city can be built. It argues that this is a process in which dwelling is as much an everyday politics of citizenship, as the reproduction of family and domestic life.

My current research examines the history of malaria and malaria control in India between 1947 and the present as part of the 'Invisible Crises, Neglected Histories: Malaria in Asia, c.1900-present' project, a large Wellcome Trust funded project at the Unit running until 2020. 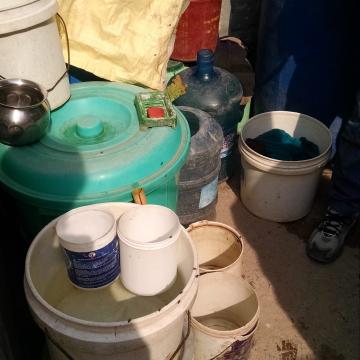 Prior to this, I explored the emergence of dengue fever in Delhi since 1996 against a backdrop of rapid urbanisation and contemporary climate change, as part of a project on 'The Challenge of Urbanisation: Health and the Global City' also at the Wellcome Unit. This focused on the social dimensions of dengue fever and its highly adaptable urban dwelling mosquito vector, Aedes aegytpi. It pursues a concern with understanding how people live, day-to-day, with mosquitoes and the consequences of this for state-society relations, public health practices and the afterlives of epidemics.

Both projects build on my doctoral research exploring the politics of development in urbanising South Asia. Tracing the lived experiences and spatial practices of residents over 22 months ethnographic research in a low income Delhi neighbourhood, I showed dominant representations of the neighbourhood as a site 'in need of development' were negotiated. Through this, space emerges as a powerful social and political medium that may be deployed by residents, local politicians and NGOs in a neighbourhood with few other resources to access welfare services and networks of state-society relationships. It contributes to research on the social and political context of NGOs as development actors, and on urban poverty and social change in urban neighbourhoods contemporary South Asia.

In addition, working geographers and anthropologists, I am a Co-Investigator on the Interdisciplinary Microbiome Project, scoping and developing an agenda for social science contributions to this rapidly developing area of scientific research and public interest. I also co-convene the Future of Cities seminar series, this year focusing on 'Urban Life' to explore human and non-human contributions to urban environments.