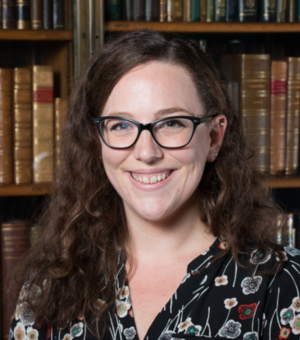 I received my doctorate from King’s College London in 2016 for a thesis entitled ‘Collecting and Correspondence in the Papers of Hans Sloane (1660-1753),’ conducted in collaboration with The British Library as part of the AHRC-funded ‘Reconnecting Sloane’ project. From August 2016 to 2018, I was the Shreeve Fellow in the History of Medicine at the John Rylands Research Institute at the University of Manchester, where I have co-founded the Lives of Letters Network (https://livesofletters.wordpress.com/). I have held fellowships at the Edward Worth Library in Dublin, Windsor Castle, the Science Museum and, most recently, the Lisa Jardine History of Science Award at the Royal Society.

I am Research Associate on ‘Newton and the Royal Mint’, part of the Newton Papers Project. My research examines the financial and administrative aspects of Newton’s work and his relationship with the Treasury and other financial institutions, placing them into broader social, political and economic contexts.

My research explores interactions between commercial and scholarly cultures of knowledge in British medicine and science between 1650 and 1850. It focuses on the management of manuscript, material and human resources within institutions and their relation to wider local and national contexts. I am particularly interested in how social change and financial innovations influenced the management of resources, assessments of value, and the generation of credit and trust across interconnected private and public spaces. I am fascinated by the operation of institutions within larger webs of urban and political activity, examining how different groups – from government officials to trade guilds – interacted and shared information, and how they negotiated their individual, corporate and, increasingly, national interests.