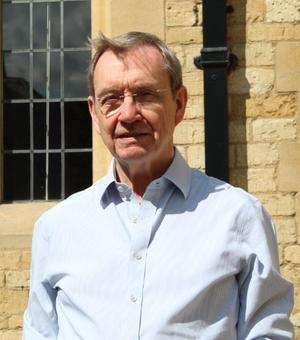 My interest in the Renaissance emerged from the degree course ‘Early Modern Intellectual History of the Renaissance’ at the Warburg Institute, and my research now centres upon the intellectual world of the humanists in late sixteenth- and early seventeenth-century Europe. I received my doctoral degree from Oxford in 2014 with a thesis which uncovered the path of a scholar from Aberdeen in north-east Scotland on his European iter studiorum in the opening decades of the seventeenth century. I have since contributed articles to the current efflorescence of scholarly writing about the world of Scottish neo-Latinity and am now completing a monograph based on my doctoral thesis, a study of that scholar and the intellectual, political and religious world he inhabited.

In line with the inter-disciplinarity of the early modern world, my research straddles political and intellectual history, humanist textual scholarship, and Reformation theology. I am interested in the problems of multiple monarchy both on the European land mass and on the Stuart islands, and in the arguments occasioned by theories of absolute and elective kingship. My work examines continuities in Aristotelian philosophy, the philosophical and religious challenges it faced, and its accommodation with developments in early modern medicine. I am also interested in the way in which early modern scholars interacted with theological writing, particularly in a Reformed context, and how they responded to intra- and inter-denominational argument, to questions of church-state relations, and to Jacobean flirtations with the reunification of Christendom.

The primary object of my research is the career of a Scoto-European scholar in the early seventeenth century. His iter studiorum began at Aberdeen University and encompassed thereafter the universities of Heidelberg, Padua, and principally the Huguenot Academy of Sedan where he became professor of logic and natural philosophy. I am thus interested in the world of the early modern university, its Aristotelian inheritance in natural and moral philosophy and the challenges inspired by the uncovering of novelties both from the classical world and from the early modern, in both the secular and sacred. This Aberdonian philosopher-physician was inspired by developments in medical study in Padua, particularly the growing importance of anatomy, and was somewhat less inspired by denominational strife within the world of Reformed scholasticism. His milieu was thus both that of a humanist scholar in the respublica literarum, conscious of its classical inheritance, and also in the Huguenot world of International Protestantism. He briefly immersed himself in the vibrant melting pot of early modern Padua, and soon after returned home to Reformed, and eventually Covenanted, Scotland and its absentee Stuart monarch. I examine the steps he took to tailor his interaction with these worlds through the primary sources in which he established his memory, an extensive body of neo-Latin poetry. And to understand how others read those poems.

I would be willing to hear from potential DPhil students regarding supervision of theses in my current areas of research.