I returned to Oxford in October 2019 after a Leverhulme Early Career Fellowship at UCL (2016-19) and a British Academy Postdoctoral Fellowship at the University of Oxford (2012-15), having received my doctorate here in 2012.  I’m delighted to be back at Oxford and a Research Associate on the ERC Horizon Project ‘The European Fiscal-Military System, 1530-1870’, where I will be working on the history of London as a European financial and fiscal-military hub between 1660 and 1870.  I am delighted by the chance that this project offers to explore the development of the European fiscal-military system over several centuries.

My research in this project analyses the changing ways that British and European states worked with financiers and bankers in London to advance their aims and project power in Europe, by floating loans on the money markets and transmitting that money to Europe, and by hiring foreign troops to bolster their armies.  My project therefore covers the ‘rise’ of Britain as a European power, its deep and systematic reliance on European or extra-territorial resources of money and manpower, and the structures and financial networks at home and abroad which made it possible.  It aims to show that these also allowed other European states to develop their own state powers using British money and manpower, negotiated through London’s markets and networks, and making London part of a wider European fiscal-military system.

This project therefore builds on my existing work, which has used the dual concepts of ‘corruption’ and ‘regulation’ to examine state formation and finance in Britain and its empire during the same period.  My first book examined how the British state funded its armies overseas during the War of the Spanish Succession (1702-13), the networks of bankers and agents this involved, and the nature of corruption.

Later work supported by the British Academy extended this to the British Atlantic before 1776, and encouraged me to examine the interlocking roles of the imperial and colonial state, and I am currently writing a study of Jamaica as a fiscal-military hub between 1770 and 1840.  Bringing together studies of its politics and government with the nature of its society and economy, I show how the colonial state supported slavery and the plantation system through both coercion and strategic concession, and drew in resources from networks which spread throughout the Caribbean and further afield.  ‘Slavery’s capitalism’ was therefore maintained by the careful exercise of state power, until that power eventually undermined its own foundations.

This raised wider issues of banking and corporate regulation in Britain and its empire before 1850, which I have explored with support from the Leverhulme Trust and UCL.  Involving an ambitious study of policy formation, lobbying, corporate decision-making and legal regulation across imperial and colonial banks in Britain, Canada, the West Indies, South Africa, Australia, New Zealand and Mauritius between 1800 and 1815, it will ultimately speak to wider themes of globalisation, capitalism, empire and the challenges of global financial regulation. 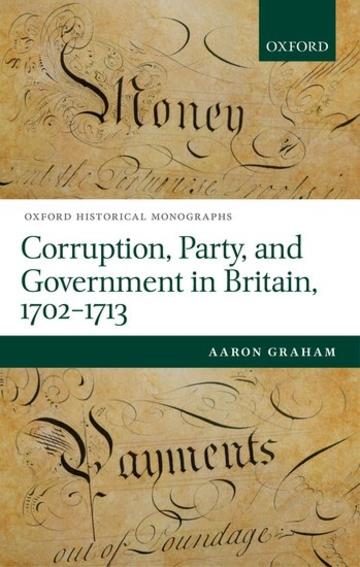 This book offers an innovative and original reinterpretation of state formation in eighteenth-century Britain, reconceptualising it as a political and fundamentally partisan process. Focussing on the supply of funds to the army during the War of the Spanish Succession (1702-13), it demonstrates that public officials faced multiple incompatible demands, but that political partisanship helped to prioritise them, and to hammer out settlements that embodied a version of the national interest.  However, the process of building trust and supplying funds laid officials and agents open to accusations of embezzlement, fraud and financial misappropriation.  Ultimately, this volume demonstrates that state formation in eighteenth-century Britain was a contested process of interest aggregation, in which common partisan aims helped to negotiate compromises between various irreconcilable public priorities and private interests, within the frameworks provided by formal institutions, and then collaboratively imposed through overlapping and intersecting networks of formal and informal agents.