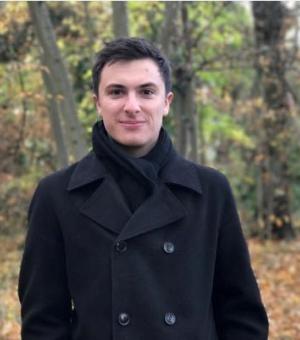 Research Topic: Funded jointly by the Arts and Humanities Research Council (AHRC) and New College, my research centres broadly on the depiction of religious diversity in seventeenth-century English and French travel accounts, particularly those written by clerics who lived, worked and travelled in the Islamic world, stretching from the eastern Atlantic to the Indian Ocean.

During the sixteenth and seventeenth centuries, scores of English men and women travelled to the Islamic world, particularly to the Ottoman, Safavid and Mughal empires, and to the Muslim sultanates of North Africa. Among this diverse group of travellers, there were diplomats, merchants, clerics, scholars, spies, travel writers, soldiers, servants and captives, all of whom had their own ambitions, fears and prejudices. My PhD thesis will therefore ask the following questions of this variegated group of English travellers: what kind of exposure did they have to the religious diversity of the Islamic world, and what did they make of its varying forms of religious practice and belief, including Islam, Eastern Christianity and Hinduism? How did they make sense of the religious changes that convulsed the Muslim world during this period, such as the intensification of the Sunni-Shi’i divide, the rise of millenarianism, and the growing influence of disparate forms of Sufism? And why did they think and write what they did about the religions of the Islamic world, and how did they use these systems of belief to reflect on the state of seventeenth-century English society? As a way into these questions, my thesis will explore a combination of journals, correspondence and published works composed by contemporary English travellers to the Muslim world, particularly Church of England clerics, most of whom served as chaplains for English trading companies in the region.

December 2020: ‘Church of England Clerics and the Religious Diversity of the Ottoman World: The Case of Dr John Covel, 1670-77’; Ideas of Community in the Early Modern World, 1500-1700; Oxford (via Microsoft Teams).

May 2020: ‘Using the Global to Negotiate the Local: Early Modern English Clerics & the Religious Diversity of the Ottoman World: The Case of Sir George Wheler (1651-1724)’; Graduate Conference in European History, European University Institute, Florence (via Zoom).

May 2016: ‘Anglo-Ottoman Diplomacy during the Seventeenth Century: The Embassy of Sir Thomas Roe, 1621-1628’; Department of History Postgraduate Conference, Warwick.

August - September 2020: member of research team for Oxford-based ‘Stories of Survival’ project (https://storiesofsurvival.history.ox.ac.uk/); this was a five-year research project funded by the European Research Council (2015-20), investigating the history of Eastern Christianity from the sixteenth to the eighteenth centuries.