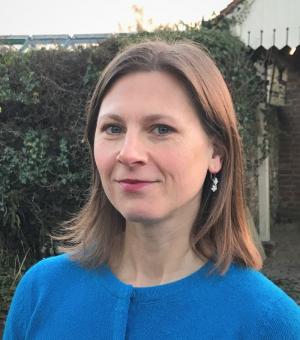 My research uses art patronage to examine the relationship between the aristocracy and monarchy in late Stuart Britain. It centres on case studies of three major aristocratic art patron couples: the fifth earl and countess of Exeter, the first duke and duchess of Devonshire, and the sixth duke and duchess of Somerset.  By analysing the houses, interiors, furnishings, paintings, sculptures and gardens that they commissioned and acquired, I trace the relationship between art and power.  While the courts of William III and Mary II, and in particular Queen Anne, have been characterised as in decline, I argue that they were still an important centre of artistic leadership.  However, for the highest echelons of the nobility, the English court was never the only source of influence.  Networks of family and friends played an important role, and those art patrons with the greatest aspirations, connections and budgets looked to Europe for the finest designs, artists and goods.  Although the nobility's social and political power was primarily derived from the court, they also saw themselves as part of a European-wide elite, with their own dynastic legacy always at the forefront of decision-making.

Under the AHRC Collaborative Doctoral Award scheme, I am co-supervised by Tabitha Barber of Tate, where my research supported the exhibition 'British Baroque: Art and Illusion' (Jan-Mar 2020, Tate Britain).  I am currently undertaking a six-month placement at the Stanley Spencer Gallery, Cookham, where I am researching Spencer's self-portraiture.

I have published essays and articles on aspects of British art from the seventeenth to twentieth centuries, and am a contributor to the Paul Mellon Centre's online publication, Art & the Country House.  My wider research interests centre on the fine and decorative arts of the seventeenth and eighteenth century, with a particular focus on portraits, gardens and interiors.