Gerald of Wales: How did ethnic stereotypes influence the English invasion of Ireland? 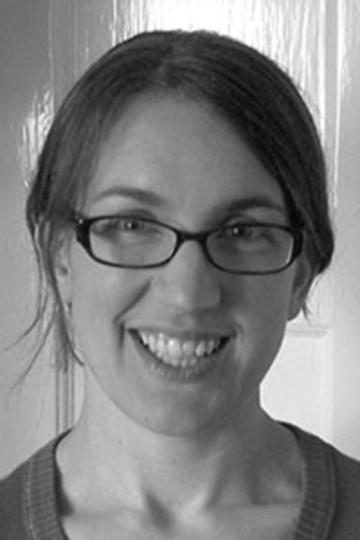 In 1171, Henry II of England launched an invasion of Ireland. This was mainly prompted by Henry’s desire to limit the growing power of the Anglo-Norman lords who had begun to colonise south-east Ireland. However, the invasion was justified as a civilising mission to reform Irish society, which was seen as backward and barbarian. This view was shared by the church at the time. Earlier in Henry’s reign, the pope had issued a special document, or ‘papal bull’, which Henry claimed authorised him to conquer Ireland in order to reform the Irish church and bring Irish society in line with the moral standards of the rest of Christian Europe. 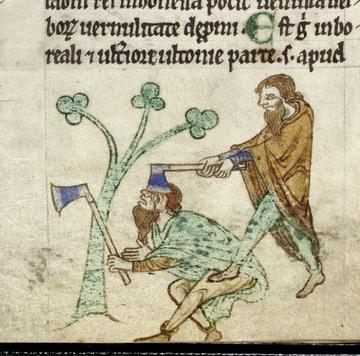 This image provides an example of Anglo-Norman attitudes to Irish society. It appears in a manuscript of ‘The Topography of Ireland’ (Topographia Hibernica), written by a monk known as Gerald of Wales in around 1188 and dedicated to Henry II. Gerald came from an elite Anglo-Norman knightly family who had settled in Wales after the Norman Conquest, some of whom were also involved in the conquest and colonisation of Ireland. While working as a clerk in royal service, Gerald himself accompanied Prince John on an expedition to Ireland in 1185. Gerald wrote about his experiences in the Topographia and in another work called ‘The Conquest of Ireland’ (Expugnatio Hibernica), in which he described what he saw as his family’s heroic exploits.

The Topographia describes the landscape, legends, history and customs of Ireland. This illustration depicts two Irishmen fighting with axes, a traditional Irish weapon. Gerald wrote that: ‘From an ancient and wicked custom, they always carry an axe in their hands instead of a staff, that they may be ready promptly to execute whatever iniquity their minds suggest.’  Gerald claimed that the Irish preferred axes to swords or bows because they could inflict a lethal wound more quickly. He linked this to his beliefs about Irish character: ‘This race is inconstant, changeable, wily, and cunning.’

The long, flowing beards of the Irishmen in the image are also noteworthy. Differences in dress and hairstyle made the Irish population visibly different from the Anglo-Norman settlers. In the Expugnatio Hibernica, Gerald reported how, when Prince John and his entourage arrived in Ireland in 1185, they offended the native Irish princes by mocking their appearance and pulling their beards.

The same disparaging view of Irish culture can be seen in Anglo-Norman attitudes to other aspects of Irish society. This was partly based on real cultural differences, which were misunderstood by observers who were used to the norms of feudal knightly society in England and France. For example, the lack of agricultural cultivation in Ireland was seen as evidence of the laziness of the Irish people. Clerics like Gerald were horrified by more flexible Irish marriage practices, which were viewed as sexually immoral. The native Irish also had a very different military code of conduct to the chivalric ideals that influenced Anglo-Norman warfare. For example, raiding and guerrilla warfare were more suited to Irish terrain than open pitched battles, and the enslavement or slaughter of defeated enemies was practised instead of returning prisoners for a ransom. These differences were interpreted by commentators like Gerald of Wales as evidence that the Irish were barbaric, uncivilised, and morally inferior to the English.

These negative stereotypes of the native Irish population helped to justify the English invasion as a civilising mission, in line with royal and papal arguments.