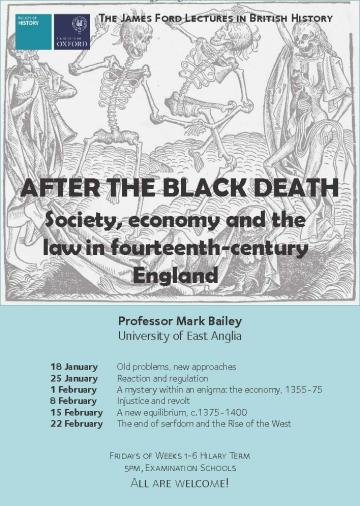 The economic downturn of the mid-1370s and the easing of social tensions after 1381 are held to represent a watershed, after which English society finally settled into a post-plague equilibrium.   This interpretation is not readily reconciled with evidence from the late 1380s for continuing economic turbulence, heightened anxiety about how to deal with the shortage of labour, and renewed social conflict.