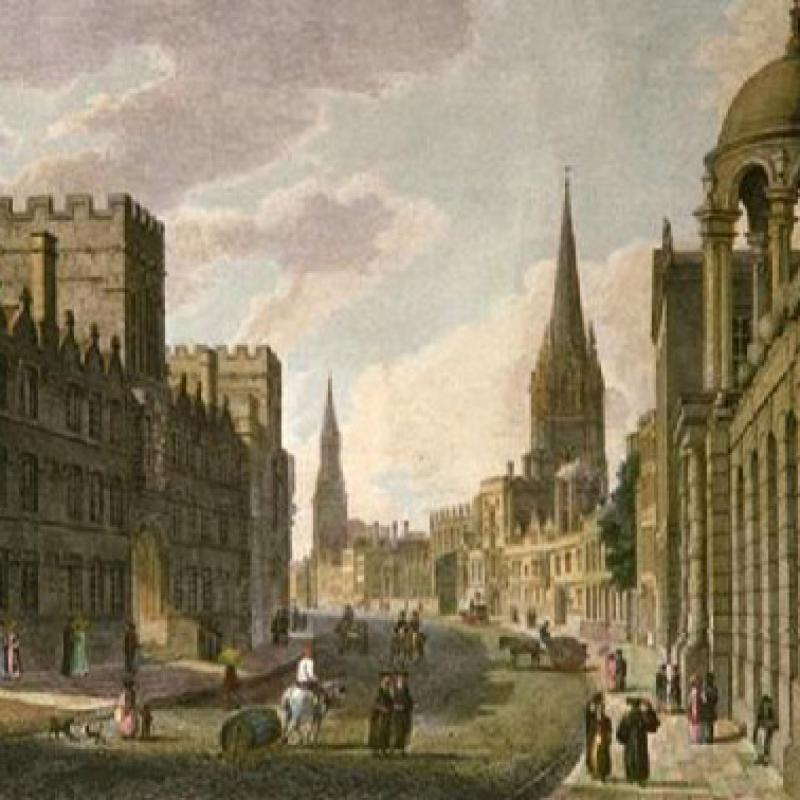 Oxford University and the State

The Eleventh Historian's Alumni Lecture and Dinner, took place on the sprawling grounds of St Hugh's on 11 June 2016. This was the first time that the event was held at the College and the grounds and hospitality were widely enjoyed. Altough the sun refused to shine, the weather was warm and many had a stroll around the grounds before the lecture began at 5 pm.

Professor Brockliss was speaking on the History of the University in relation to the State (noting the dependance on state support and the difficulties arising from the need to find funding for research, staffing and facilities elsewhere). The talk was thought provoking and led to a vigourous debate both immediately following the lecture in the question and answer session as well as amoung the delegates at large throughout the reception and dinner.

Five graduate students had agreed to attend the event and discuss their current research, with topics ranging from Marriage momentos in Medieval society to Child Labour in Kenya in the 20th Century. A bookseller from OUP was also on hand to sell Professor Brockliss' new publication, (The University of Oxford: A History) on which the lecture had been based. The Chair of the Faculty Board, Dr Martin Conway, spoke at thsi time about the importance of funding for graduate study and launched the Faculty of History's new campaign regarding scholarship funding - to raise enough to fund half of our graduate students by 2020.

Finally, the alumni enjoyed a three course dinner with a long and professional grace given by Dr Mark Whittow followed by coffee. The conversation never seemed to ebb and the enjoyment was clear from all round.

The Faculty would like to thank everyone that attended - we hope very much to see you again in the coming years!

If you took the speech given by Dr Conway to heart and would like to donate to the Faculty to support our aim to raise money for graduate scholarships, you can do so at the following link: https://www.campaign.ox.ac.uk/history