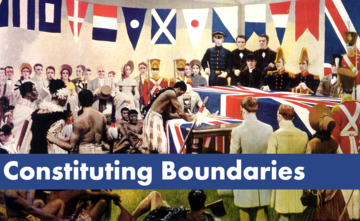 In their function as frames of government, constitutions draw boundaries of belonging. The act of making a constitution makes a claim for the existence of a political community, and their texts define the terms of citizenship and of political participation in that community, including and excluding individuals based on race, gender, sexuality, disability, class, and religion.

After 1776, the rebellious states of British North America strove to create ‘government[s] of laws, not of men.’ To achieve their goal, they composed new systems of government on paper, culminating in the creation of the US Constitution in 1787. Countless other nations and empires have followed suit. Constitution-making — successful or otherwise — is a common feature of moments of social and political upheaval in modern global history. Some constitution-makers have eradicated slavery, thrown off empire, and legislated for social justice, as in Haiti in 1805, the Cherokee Nation in 1827, India in 1950 and South Africa in 1996. Others have consolidated imperial dominion and codified racial discrimination and exploitation, as in the settler nations of the United States, Canada, Australia, New Zealand, and Rhodesia.

With the support of TORCH | The Oxford Research Centre in the Humanities, the Andrew W. Mellon Foundation, and the Quill Project at Pembroke College, this interdisciplinary conference will bring together scholars with a common interest in the process and effects of constitution-making in colonial and postcolonial polities across the world since the American Revolution. The principal focus of discussion will be on the intersection between constitution-making and identity formation.

The convenors invite proposals for individual papers and panels from scholars working in history, literature, the arts, law, area studies, political science, philosophy, and digital humanities. We are looking for papers and panels on topics related to the conference theme. These may include, but are not limited to:

· Constitutional amendment and the inclusion of Othered groups

· How constitutional provisions have been used to control indigenous peoples

· Mental and physical health and constitutions

· Violence, warfare, and coercion in the creation of constitutional settlements

· The social and economic effects of constitutional change

· Rights and constitutions – consideration of social, economic, religious, and civil rights in constitution-making

· National identity and the colonial/postcolonial constitution

· Constitutions and voting qualifications, for example property, literacy, and gender

· Religious influences on constitutions and their makers

· Modes and processes of constitution-making across time and space

The conference is open to doctoral students and post-doctoral researchers from the UK or abroad, working in any field which addresses the central theme.

The registration fee will be £50 per person. There will be an optional conference dinner, and accommodation in Pembroke College, at additional cost. Estimated cost for the conference dinner is £40 per person (wine extra), while ensuite rooms with breakfast start at £75 per night.

Proposals for individual 20-minute papers should include a 300-word abstract and a 100-word biography. Panel proposals should include a 500-word description of the focus of the panel, and brief biographies of all participants. These should be received by 17th November 2019.